Aspect of the Void

Aspect of the Void 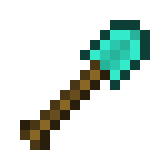 Ability: Instant Transmission   RIGHT CLICK
Teleport 8 blocks ahead of you and gain +50 ✦ Speed for 3 seconds.

When the ability is used, it arrests its user's momentum and teleports them 8 blocks in the direction they are looking. This teleport cannot pass through walls, including iron bars, but can pass through 1-block holes in iron bar walls. After teleporting, its user gains 50 ✦ Speed for 3s. The potency of this speed boost does not stack with multiple uses, but the duration does. The ability has no cooldown and costs 45 Mana, 5 fewer than the Aspect of the End. Like other mobility items, the ability cannot be used in The Catacombs - Floor VII boss room. The bonuses provided from a full set of Strong Dragon Armor that affect the Aspect of the End also apply to the Aspect of the Void.

Like the Aspect of the End, it can be reforged to Warped with a Warped Stone, granting it +165 ᚏ Damage and +165 ❁ Strength.