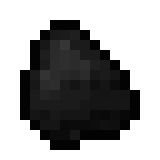 increases the speed of your minion by 5% for 30 minutes!

increases the speed of your minion by 5%

Collecting pieces of Coal increases the player's Coal Collection, which grants useful items and perks upon collecting certain amounts of pieces of Coal.

Coal can be used as a crafting ingredient, as Minion Fuel for Minions, and as a brewing ingredient. Coal increases Minion produce speed by 5% for 30 minutes. Coal can also be used to brew Haste Potions.

Coal can be sold to any Merchant for 2 coins apiece.