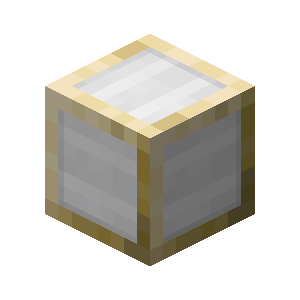 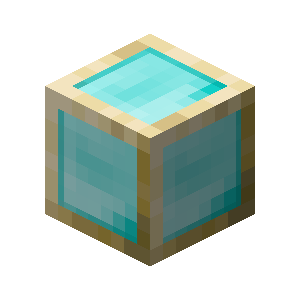 Coins are the main form of currency in SkyBlock to buy and sell items. Despite its name, it is possible to have decimal amounts of coins, although they are typically not obtained in this way.

Any coins collected by the player goes into the player's purse. Should the player not desire to hold some of these coins, they may be deposited in the Bank, to a maximum of 50,000,000 coins at the first level. There are seven levels and the final one can hold a max of 60,000,000,000 coins (60B).

Selling items to a Merchant will exchange the selected item for a predetermined number of coins (certain items cannot be sold, such as minions). Putting items up for sale in the Auction House also gives the player coins if someone bids on the item placed. These coins can be collected by talking to the Auction Master.

Dropped coin items can be picked up by the player as a way to collect coins, and can give between 1 and 15,000 coins depending on the type. During the mythological ritual, monsters and griffin burrows drop coins that can be dark red or dark blue. Coins drop when the player kills a hostile Mob, with more coins being awarded for higher level mobs. The Scavenger enchantment allows for additional coins to be dropped. Dropped coins also randomly spawn nearby a player with a Talisman of Coins (This only works on public islands).

The Bank awards 2% interest on the first 10,000,000 coins in the bank. Every subsequent few millions of coins, the interest rate will decrease. Thus, players with wealthy co-ops will receive less interest from the bank. Interest will be given at the start of every new season (approximately every 31 hours).

Small amounts of coins, between 100 and 4,000 can also be obtained upon mining the Glowing Blocks found on the End Island.

Another way to directly obtain coins is by fishing up treasures. The chance to catch those up increases with the

An easy early game way of obtaining is to make a large farm on the player's island that spans the entire area typically below the regular island. In the mid-game bazaar and auction flipping are an easy way to make coins.

Upon death (with the exceptions of falling into the void on a Private Island, death in the Colosseum, failing the Trial of Fire and dying in Dungeons), the player will lose half of the coins in their purse, splitting coins into decimals rather than rounding. If the player dies in other ways, their purse will not be deducted. For example, a player who walks off their Private Island will not lose any coins in their purse, but a player knocked off the island by a Zombie will lose coins, if they have any on them. However, as any non-void death (such as

Fall Damage) will result in the player losing coins, is best to assume that players will lose coins for any non-mob associated death as well. It may be noted that this state of being knocked off by a mob lasts for less than ten seconds or so, meaning if one stalls descent with an Aspect of the End and/or Grappling Hook, one can keep the coins, even if one gets knocked off by a mob.

The ​​​​Legendary Phoenix Pet allows players not to lose coins on death under any circumstances. The Piggy Bank allows this but dying results in it getting cracked, reducing its effectiveness, until it eventually breaks. The Piggy Bank can be repaired by surrounding it with Enchanted Pork in the crafting grid.

Having Wolf Slayer LVL VIII decreases the amount of coins lost on death by 5%.

Using the Bank enchantment will decrease the amount of coins lost on death by up to 50%. Having 2 armor pieces with Bank V will fully negate loss of coins.

Having an active Booster Cookie will fully negate loss of coins.