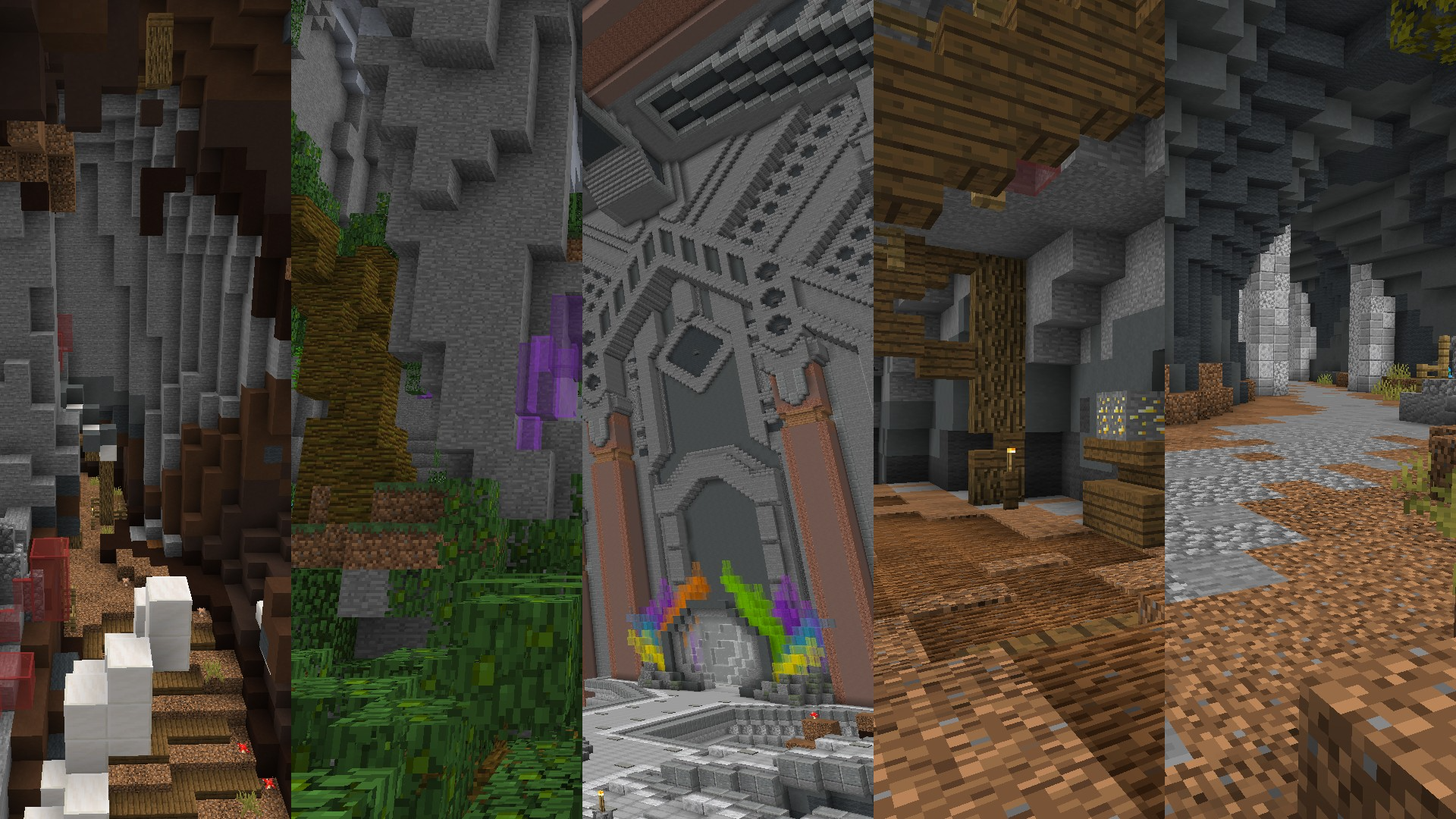 Heart of the Mountain level 3

The Crystal Hollows is a randomly-generated Mining area. It is the primary source of Gemstones.

The Crystal Hollows is a mining area from

823, 188, 823, enclosing an area of 621 x 157 x 621. Bedrock walls enclose the mineable area. This area is partially randomly generated; only the Structures within the cave are randomly generated, with the exception of Crystal Nucleus. The cave tunnels are not randomly generated and are the same across all servers.

In order to access the Crystal Hollows, a pass must be purchased from Gwendolyn. The pass costs 10,000 coins and grants access for 5 hours, which continues counting down even when not in the Crystal Hollows. When the pass is about to expire (1 minute before), it can be renewed by clicking the chat message.

Every 5 hours (15 in-game days), Crystal Hollows servers reset with a cave-in. Before a cave-in, the following messages are displayed in chat:
You can hear mighty rumbles and explosions in the distance...
The ground around you starts to wobble and crack...
You notice the ceiling starting to give way...
A few moments after that, the server restarts and all players will get kicked out and sent to Gwendolyn in Dwarven Mines.

Inside the Crystal Hollows, blocks that are mined do not get replaced by Bedrock, and are instead removed, similar to vanilla Minecraft mining. Blocks can be placed in most areas of the Crystal Hollows. Ores that require a furnace do not require Smelting Touch to be obtained.

Stone is replaced by Hard Stone within the Hollows, which is harder to break than Stone. Gemstones, Mithril, and vanilla ores spawn within the Hard Stone.

Yields from vanilla ores are increased within the Crystal Hollows.

Upon mining blocks, there is a small chance to spawn a treasure chest, containing various rewards. These chest can spawn anywhere except near the bedrock wall. The player must aim at the critical particles on the face of the chests 5 times in a row in order to open the chest.

Loot chests on the other hand can spawn in set locations within structures; these chests can be opened directly with a small time delay and contain about twice the gemstones and powder of what a treasure chest gives on average.

The loot within such a certain structure chest is always the same for all players who open it within that Crystal Hollows instance. However, the amount of Mithril and Gemstone Powder within each slot of the chest varies between players.[1] Chests from mining do not share this property.

Treasure and Loot chests will only contain the loot found within the area. For example, Magma Fields chests might contain

The possible loot is listed below, as well as the chance of the item being rolled as a drop from chests. 3-6 drops are rolled per chest.

Each part of the Crystal Hollows has its own main special location, excluding Magma Fields, which will always generate in every lobby:

Each of these structures house their respective Crystal. A special task must be completed to obtain the Crystal.

Khazad-dûm is the one location that can spawn in any part of the Crystal Hollows, making it harder to find.

There are also smaller structures which generate in random locations. Examples include:

A full list of Structures can be found at Crystal Hollows/Special Locations.