For the Pet, see Enderman Pet. 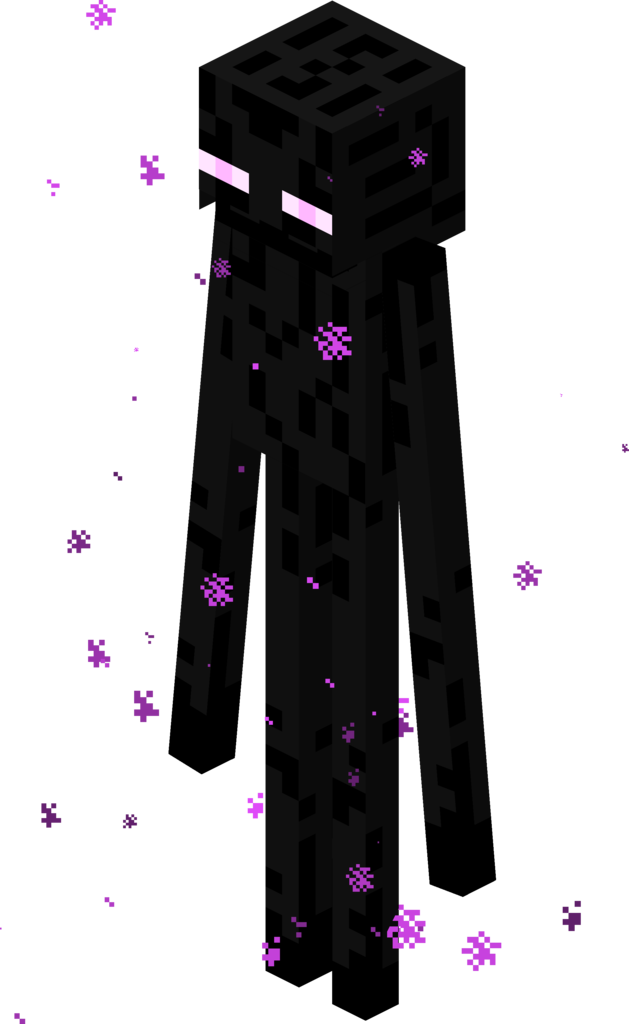 The Enderman is a Neutral Mob that spawns exclusively on the Player's Island and in The End.

Endermen can also be spawned faster on a player's Private Island by using an End Biome Stick. This will make the island only able to spawn Endermen. They will be level 1-15 instead of 42 - 50 when spawned on private islands.

Endermen in SkyBlock act almost exactly like Endermen in vanilla Minecraft. They are passive when spawned, and will not attack the player, instead choosing to walk around the area they spawned into randomly. If the player looks directly at the area a two block entity's head would be (as the enderman model is glitched), they will become aggressive, chasing the player around until they touch water, despawn, or die. In Hypixel SkyBlock, Enderman can also become agitated when throwing an Ender Pearl, but not Silent Pearl. However, Endermen will not teleport. The teleporting effect is visual-only.

They cannot pick up dirt or grass blocks on Private Islands.