Fishing is one of the Skills available for players to level up by performing certain actions that give them Fishing XP.

Roman Numerals are used to express its levels in-game.

Although Fishing goes from levels 1-50, 50 XP is required to reach the first level, meaning there is a "level 0," just like all other Skills.

Leveling up Fishing Skill will give the player:

The player can fish by casting a Fishing Rod into

Lava. After an amount of time, they will catch an item or Sea Creature.

The amount of seconds this takes is calculated with:

. The amount of Ticks Per Second can vary, but is 20 by default.

The player's fishing speed multiplier can be increased with certain items:

When fishing, players have a chance to catch a Sea Creature. Sea Creatures are mobs which drop Fishing loot and Fishing XP when killed. The player's

Sea Creature Chance determines the chance they have to catch a Sea Creature.

As a player increases their fishing level, they unlock stronger creatures that give more XP and better loot. Killing sea creatures on the private island does not provide fishing XP.

Sea Creatures cannot be damaged with arrows directly, except those shot from

Runic sea creatures have a 50% chance to drop a Wake Rune upon death.

These Sea Creatures can be fished up anywhere from

These Sea Creatures can only be fished up in the ⏣ Oasis, on the Mushroom Desert.

These Sea Creatures can only be fished up in the Crystal Hollows.

Lava Sea Creatures can only be fished up on the Crimson Isle.

Winter Sea Creatures can only be caught at Jerry's Workshop in the Jerry Pond.

A piece of Treasure (GOOD CATCH!) has a base chance of 5% to be fished up instead of a normal item. There is also a 10% chance to fish up a piece of Rare Treasure (GREAT CATCH!) instead of a piece of normal Treasure, or a 0.4% overall chance.

Fishing Level XV, they would have Treasure Hunter level 15, and +3% chance to fish up treasure. This can be increased to +25% at

Luck of the Sea

Certain drops have a higher chance to be or can only be fished up in specific Locations. In certain locations, there is a 25% chance for the drop obtained to be rolled from a loot pool unique to the pond.

The player can fish in

The GREAT CATCH! loot pool is modified if it is raining.

Baits provide a variety of bonus effects to Fishing. They are consumed whenever a Fishing Rod is cast into a fishing source, regardless of whether that cast catches anything.

Like almost all other non-cosmetic Skills, Fishing has a maximum level of 50.

The cumulative rewards at

The cumulative rewards at

Fishing 45. Excluding the Crimson Isle, the highest level required is

The following are the coordinates of popular fishing spots and locations where unique drops occur. 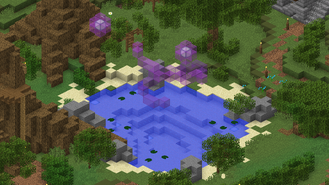 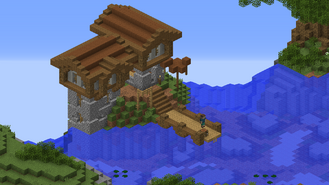 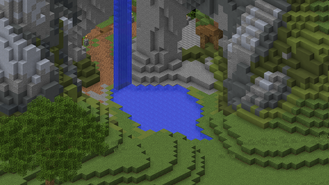 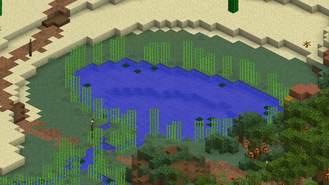 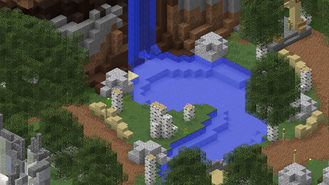 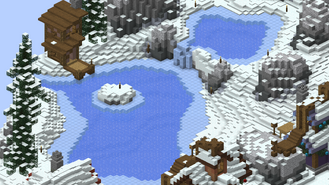