Edit
watch 02:52
Roblox: DeepWoken - The Loop
Do you like this video?
Play Sound

Gemstone Crystals are collectibles obtained from special tasks within the Crystal Hollows.

The Crystals aren't actual items, but rather achievements that can be tracked in the Heart of the Mountain menu. To get the rewards from the Crystal Nucleus the player needs to find and place five Crystals: Jade, Amber, Amethyst, Sapphire, and Topaz. The two other Crystals, Ruby and Jasper, are only used to forge the

Perfect Ruby Gemstone and the

Perfect Jasper Gemstone. All the Crystals are obtained in a different way.

Wishing Compass can point to the locations of the Crystals or other important related locations.

Metal Detector in the Mines of Divan. After giving the 4 items to their respective Keepers, the Crystal can be taken.

The Amber Crystal is obtained from the Goblin Queen's Den in the Goblin Holdout.

In order to obtain it, the player must first get the King's Scent Potion Effect, which is obtained from

King Yolkar after giving him 3

Goblin Eggs of the same color.

After obtaining the King's Scent effect, the Queen's Den can be entered to obtain the Crystal. This effect lasts for 20 minutes, but it can be used multiple times to get the crystal. Entering water will remove the effect. 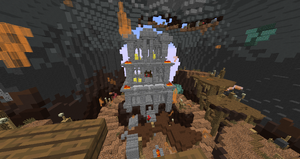 The King's palace to get the King's Scent effect 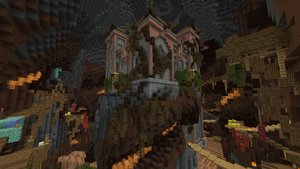 The Goblin Queen's Den, where the Amber Crystal is found.

Jungle Key (Obtained by killing the Jungle Key Guardian or purchased from Odawa) and completing the parkour. 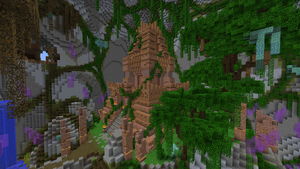 The Jungle Temple where the Amethyst Crystal is guarded by parkour

The Sapphire Crystal is obtained by giving the 6 different

Professor Robot in the Lost Precursor City. After giving the parts to him, he will repair the Automaton Prime, and a door will open which reveals the crystal. 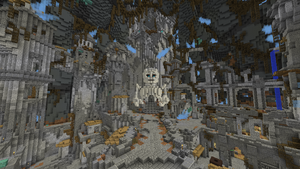 The Topaz Crystal is obtained after defeating Bal, located in Khazad-dûm in the Magma Fields.

After defeating the boss, the Crystal will spawn nearby.

The Ruby Crystal is obtained as an exceedingly rare drop from mining Ruby or as a reward from the Crystal Nucleus treasure stash.

The Jasper Crystal is a rare drop from killing