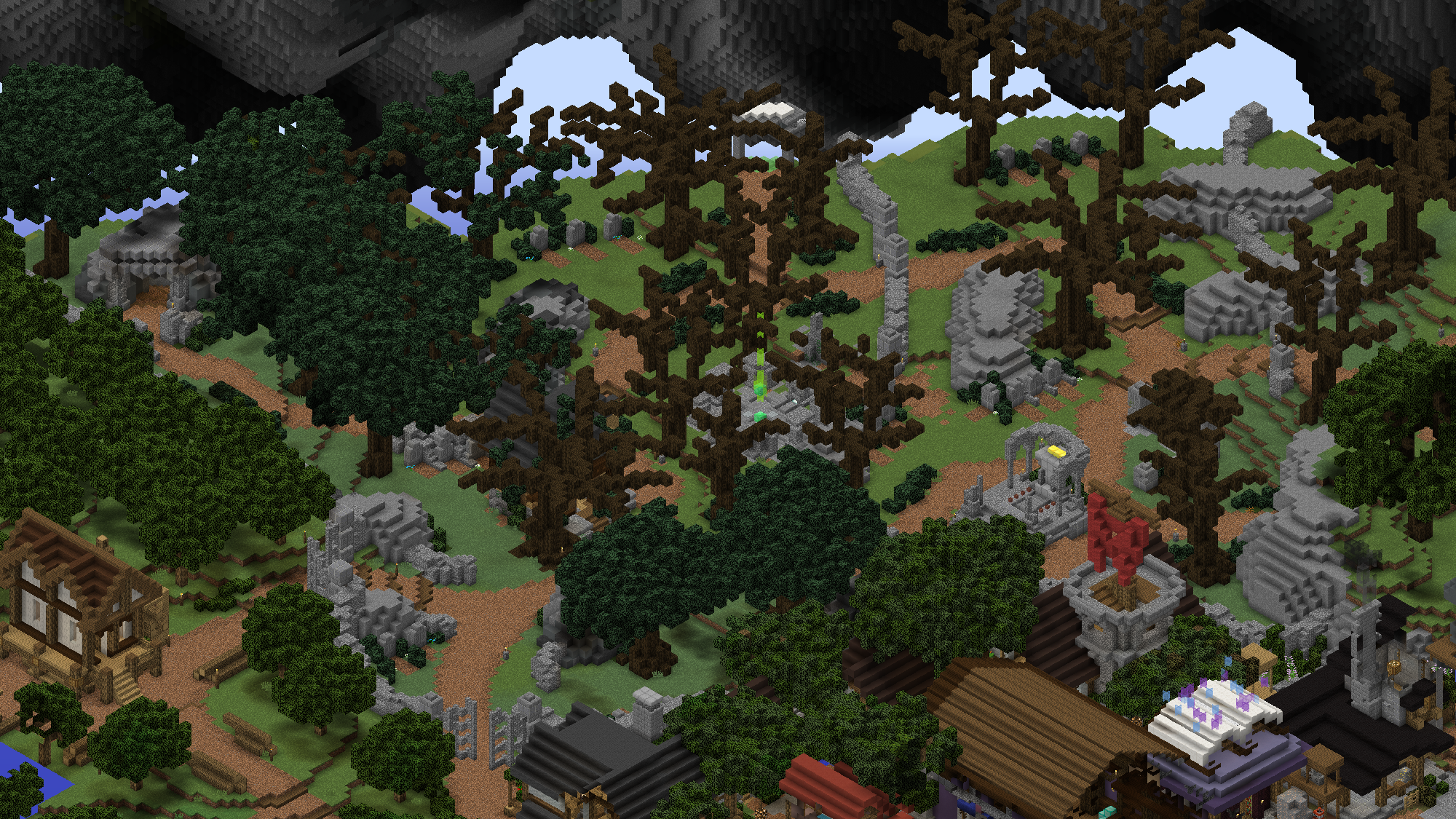 The ⏣ Graveyard is a location on the hub island where players can fight Zombies to gain Combat levels.

The ⏣ Graveyard is located on the main Hub Island west of the ⏣ Village and directly north of the ⏣ Forest. Since there are many houses between the Shops and the graveyard, using the south road that also leads to the forest is the best way to locate the graveyard.

The Graveyard uses the End biome, so the sky is always an ominous gray to black. There are also many rocks, resembling tombstones and walls, and dark trees add to the graveyard feel.

Zombies spawn in the graveyard during the entire day, although more spawn at night. Zombie Villagers also spawn more frequently at night.

In the back of the graveyard is a launch pad to ⏣ Spider's Den.

There is also a mine close to the edge of the island which leads to the ⏣ Coal Mine.

Going left from the main entrance, an entrance to the ⏣ Hub Crypts can be found.

The Emerald Altar is a mysterious altar located in the Graveyard. It consists of 2 Blocks of Emerald and lime green glass making a spire in the center of 8 wide cobblestone pillars surrounding the spire and thus making the altar. Before the ⏣ Dwarven Mines update, when one tried to destroy the emerald block, the sound of a broken anvil was heard, and a message showed up in chat: "

". However, afterwards, it is just unbreakable. Romero is found standing next to it during the 3rd phase of his quest, where he gives you the

A memorial to Dante exists at

-90, 75, -130. The stone pillar structure was added into the game during the 0.8.1 Hub revamp, while the Dante statue and the memorial itself was added after The Uprising. In the flower pots, the player can place flowers (but the flowers don't disappear from your inventory, and the flowers will disappear if the pot is broken). Upon interaction with the stone statue of Dante, the following chat message appears:

While Dante will be remembered as a cruel tyrant, his righteous ideals live on in people's hearts.

This text is shown when a player enters ⏣ Graveyard for the first time: