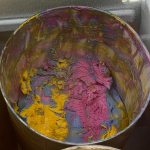 This user is a 2Rollbacker on the wiki.The wiki is not affiliated with Hypixel.
This user is not part of the Hypixel staff and has no power in-game.

Retrieved from "https://hypixel-skyblock.fandom.com/wiki/User:BigBoiSchmeedas?oldid=160376"
Community content is available under CC-BY-SA unless otherwise noted.