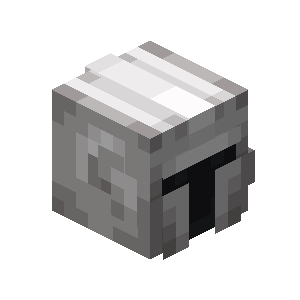 Ability: Brute Force
Halves your speed but grants +20% base weapon damage for every 25 speed.

The Warden Helmet is a ​​​​Legendary Helmet that is unlocked at

Zombie Slayer VIII to use.

When worn, the Warden Helmet halves its user's

Speed the user has remaining, the helmet increases base

Damage by 20%. This increase is part of the additive multiplier, which also includes the combat level and enchantments.

Speed cap is applied before halving, meaning the maximum

Black Cat Pet can boost the extra base