Witherborn: Spawns a wither minion every 30 seconds up to a maximum of 1 wither. Your withers will travel to and explode on nearby enemies.

WITHER_BOOTS
The Wither Armor is a ​​​​Legendary Dungeon Armor set that can be obtained from post-boss chests in The Catacombs - Floor VII.

Wither Armor can be obtained from Dungeon Reward Chest within The Catacombs - Floor VII. When picked up, it has a chance to be upgraded with 1-5 stars, Growth VI, Protection VI, and/or Recombobulated.

The Wither Helmet, Chestplate and Leggings can be obtained as rewards through the Necron Collection.

Each piece of the armor reduces incoming damage from Withers by 10%.

Wither Armor can be upgraded into Storm's, Goldor's, Maxor's, or Necron's Armor, by surrounding any piece with any 8 of the respective Precursor Relics.

Upgrading the armor will keep all existing upgrades such as stars, reforges, potato books and enchantments. Variants of Wither Armor can also be converted between each other using the appropriate Precursor Relic. 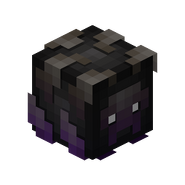 The Wither Helmet when inside a Dungeon